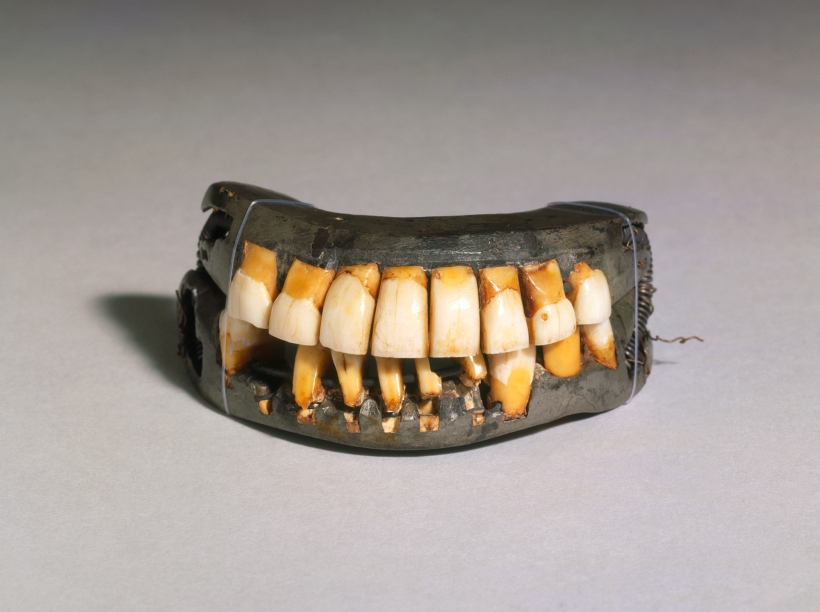 A chapter of The United States: An Open Ended History, a free online textbook.  Adapted in part from open sources.

One of the last acts of the Congress of the Confederation was to arrange for the first presidential election, setting March 4, 1789, as the date that the new government would come into being. One name was on everyone’s lips for the new chief of state—George Washington. He was unanimously chosen president and took the oath of office at his inauguration on April 30, 1789. In words spoken by every president since, Washington pledged to execute the duties of the presidency faithfully and, to the best of his ability, to “preserve, protect, and defend the Constitution of the United States.”

When Washington took office, the new Constitution enjoyed neither tradition nor the full backing of organized public opinion. The new government had to create its own machinery and legislate a system of taxation that would support it. Until a judiciary could be established, laws could not be enforced. The army was small. The navy had ceased to exist.

Congress quickly created the departments of State and Treasury, with Thomas Jefferson and Alexander Hamilton as their respective secretaries. Departments of War and Justice were also created. Since Washington preferred to make decisions only after consulting those men whose judgment he valued, the American presidential Cabinet came into existence, consisting of the heads of all the departments that Congress might create. Simultaneously, Congress provided for a federal judiciary—a Supreme Court, with one chief justice and five associate justices, three circuit courts, and 13 district courts.

Meanwhile, the country was growing steadily and immigration from Europe was increasing. Americans were moving westward: New Englanders and Pennsylvanians into Ohio; Virginians and Carolinians into Kentucky and Tennessee. Good farms were to be had for small sums; labor was in strong demand. The rich valley stretches of upper New York, Pennsylvania, and Virginia soon became great wheat-growing areas.

Although many items were still homemade, the Industrial Revolution was dawning in the United States. Massachusetts and Rhode Island were laying the foundation of important textile industries; Connecticut was beginning to turn out tinware and clocks; New York, New Jersey, and Pennsylvania were producing paper, glass, and iron. Shipping had grown to such an extent that on the seas the United States was second only to Britain. Even before 1790, American ships were traveling to China to sell furs and bring back tea, spices, and silk.

Washington’s two-term administration set many policies and traditions that survive today. He was again unanimously elected in 1792. But after his second term expired, Washington again voluntarily relinquished power, thereby establishing an important precedent that was to serve as an example for the United States and also for other future republics. Washington also abjured titles. He didn’t want to be called “Your Excellency” or “Your Majesty.” He insisted on being called “Mr. President,” and referred to as “The President of the United States”. Because of his central role in the founding of the United States, Washington is often called the “Father of his Country.” Scholars rank him with Abraham Lincoln among the greatest of United States presidents.

Over the course of Washington’s two terms as president, rivalries arose between his closest advisers, particularly between Secretary of State Thomas Jefferson and Secretary of the Treasury Alexander Hamilton. Out of these developments evolved two new political parties: The Federalists, who shared the same name as the earlier pro-ratification party, and the Democratic-Republican Party, also known as the Jeffersonian party, or as the Anti-Federalists.

Led by Alexander Hamilton, the Federalists represented the interests of trade and manufacturing, which they saw as forces of progress in the world. They believed these could be advanced only by a strong central government capable of establishing sound public credit and a stable currency. Openly distrustful of the latent radicalism of the masses, they could nonetheless credibly appeal to workers and artisans. Their political stronghold was in the New England states. Seeing England as an example the United States should try to emulate, they favored good relations with their former mother country.

The Democratic-Republicans, led by Thomas Jefferson, spoke primarily for agricultural interests and values. They distrusted bankers, cared little for commerce and manufacturing, and believed that freedom and democracy flourished best in a rural society composed of self-sufficient farmers. They felt little need for a strong central government; in fact, they tended to see it as a potential source of oppression. Thus they favored states’ rights. They were strongest in the South and in the West.

The conflict between the Federalist party and the Democratic-Republican party can be seen in the debate on how to pay off Revolutionary War debts. Alexander Hamilton and the Federalists wanted to put state debts and federal debts into one huge national debt. The Treasury would issue bonds that rich people would buy, thereby giving the rich a tangible stake in the success of the national government.  When the new federal government had succeeded in paying off this debt, it would increase confidence in the stability of the central government, encouraging foreign governments to loan money to the U.S. Hamilton also proposed a National Bank to help stabilize the national economy. This private Bank of the United States would serve as a place to put the government’s money, increasing central financial power and economic control.

Jefferson did not agree with Hamilton’s idea of a national bank. Jefferson’s faction envisioned an America more similar to ancient Athens or pre-Imperial Rome, with independent farming households following their own interests and nurturing liberty. Jefferson believed America should teach people to be self-sufficient farmers, and he wanted the federal government to stop interfering in state matters. In the end, in what came to be known as the Compromise of 1790, Jefferson agreed to Hamilton’s plan in exchange for Hamilton’s agreement to locate the government’s permanent capital in the South, on the Potomac River in what would become Washington, D.C.

The French Revolution broke out in 1789, a few months after the American Constitution had gone into effect. At first, as France overthrew the monarchy and declared itself a republic, many Americans supported the revolution. They believed their own revolt against England had spurred France to republicanism. But as the Reign of Terror began, and thousands of French aristocrats went to the guillotine, many Americans were shocked at the revolution’s excesses. By the mid-1790s, as France went to war against neighboring monarchies, the revolution polarized American public opinion. Federalists viewed England, France’s traditional enemy, as the bastion of stable government against a growing tide of French anarchy. Members of the emerging Democratic Republican Party, on the other hand, who took their party’s name in part from the French Republic, believed the Terror to be a temporary excess and continued to view England as the true enemy of liberty.

President Washington’s policy was neutrality. He knew that England, France, or even Spain, would be happy to eat up American resources and territory. The United States in the 1790s was still new and frail. He hoped that America could stay out of European conflicts until it was strong enough to withstand any serious foreign threat. Yet both England and France found opportunities to each use American resources against the other.

Hamilton and Jefferson clashed here as well. The former argued that the mutual defense treaty that the United States had signed with France in 1778 was no longer binding, as the French regime that had made that treaty no longer existed. The latter disagreed. But Washington sided with Hamilton, issuing a formal Proclamation of Neutrality in 1793. Washington repeated his belief in neutrality and argued against factionalism in his Farewell Address of 1796.

That same year, Citizen Edmund Charles Genêt arrived as the French minister to the United States. He soon began issuing commissions to captains of American ships who were willing to serve as privateers for France. This blatant disregard of American neutrality angered Washington, who demanded and got Genêt’s recall.

The British Royal Navy, meanwhile, began a policy of impressment – forcing ordinary sailors into military service, including sailors on American merchant ships. Many English sailors had been lured into the American merchant service by high wages and comparatively good standards of living, and England needed these sailors to man its own fleet, on which England’s national security depended. This violation of the American flag, however, infuriated Americans, as did the fact that England had not yet withdrawn its soldiers from posts in the Northwest Territory, as required by the Treaty of Paris of 1783.

In response, President Washington sent Supreme Court Chief Justice John Jay to negotiate a treaty with England. But Jay had little leverage with which to negotiate: the final treaty did require immediate English evacuation of the frontier forts, but it said nothing about the matter of impressments. The Jay Treaty provoked an outcry among American citizens, and although the Senate ratified it narrowly, the debate it sparked was the final blow which solidified the Federalist and Republican factions into full-scale political parties, Federalists agreeing to the treaty, and Republicans viewing it as a sell-out to England (and against France).

The Whiskey Rebellion of 1794 proved to be one of the most visible challenges of Washington’s time in office. The new Republic needed funds. This motivated Alexander Hamilton to press Congress to pass an excise tax on the sale of whiskey. Rural Pennsylvania farmers, who had never known a centralized American authority, were horrified by a call on what they considered their own profit and refused to pay the tax. A mob of 500 men attacked a tax collector’s house. In response, Washington and Hamilton led an army of 15,000 men to quell the rebellion, an army larger than the force Washington had commanded in the American Revolution. When the army showed up, the rebels dispersed.

The suppression of the Whiskey Rebellion met with widespread popular approval. This was the first time the new government had been directly opposed, and through a clear show of federal authority, Washington established the principle that federal law is the supreme law of the land, and demonstrated that the federal government had both the ability and willingness to suppress violent resistance to the nation’s laws. The government’s response to the rebellion was, therefore, viewed by the Washington administration as a success, a view that has generally been endorsed by historians.

After crushing the Whiskey Rebellion, Washington publicly blamed the Democratic-Republican Party for the rebellion, and Jefferson began to view Washington as “the head of a party” rather than “the head of a nation.” Hamilton’s followers, who coalesced into the Federalist Party, were thrilled by Washington’s remarks, and the party sought to closely associate itself with Washington.

The article was adapted in part from: