This morning, my mission was clear.  Find passage for tomorrow to Vinales, by reputation the most beautiful countryside in all of Cuba.  The state-owned bus company was no help – the only bus there being full and sold out online weeks ago.  Thankfully, the lady behind the counter at Infotur, the state-owned tourism office was able to work a little private sector magic and get me set up in a shared taxi for just five dollars more than the price of the sold out bus.  And apparently I owed her nothing more for this service than a sonrisas grande e un muchas gracias.

So, score one for a common sense mix of public and private, and a government that remembers to serve even foreigners.

I think we used to know something about that…

Maybe back in the days when Ernest Hemingway hung his hat in Cuba – arguably the most famous US American ever to do so.  He came here as an old man during the final decade or so of his life.  Back when Havana was a glamorous, mob-controlled play land to which privileged Americans decamped, Hemingway carved out a quiet estate in the countryside.

I meet up with Gia and Jimmy once my work is done. 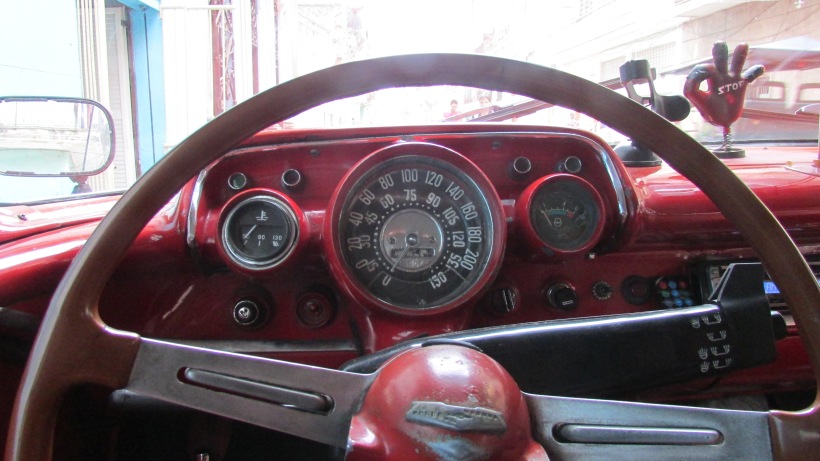 After tearing around Havana in a 1953 Oldsmobile convertible (complete with a brand new engine courtesy of Hyundai, an apt metaphor for the Revolution if I ever heard one purring down the Prado) and visiting the Soviet-scale Plaza de Revolucion, we roar out of Havana on a pilgrimage to see the Old Man himself. 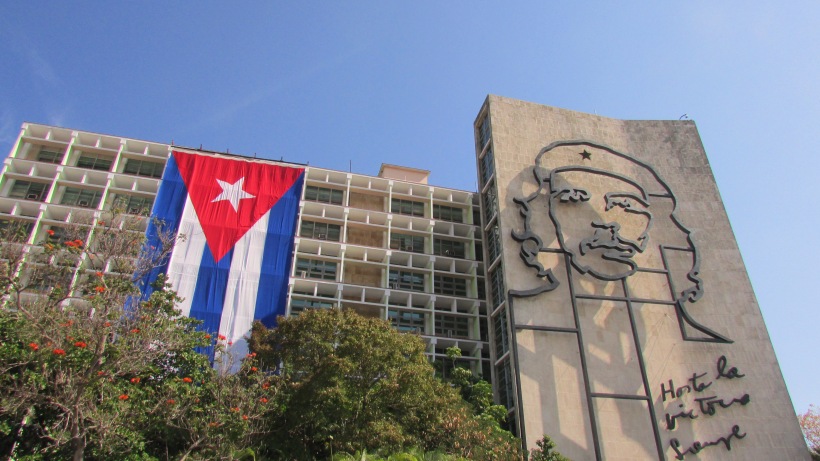 Hemingway’s home is still really something, decorated with an incredible library – both of books and of hunting trophies, like the lion’s head near his typewriter.  He wrote in a tall tower adjoining the main house, which offered a stunning panorama of distant Havana that I certainly would have found distracting.

The rest of the afternoon is spent in splendid bliss, sipping rum drinks and coffee with Gia and Jimmy, and taking in a hot salsa band at La Floridita, which is one of three bars we’ve visited purporting to have been Hemingway’s favorite watering trough.

All three may have some rightful claim, as Hemingway really liked watering in his final years, but La Floridita is the only one with a life-size brass Hemingway to bolster its title.

From here, I part ways with Gia and Jimmy, who offered good company and friendship.

If my taxi shows up.