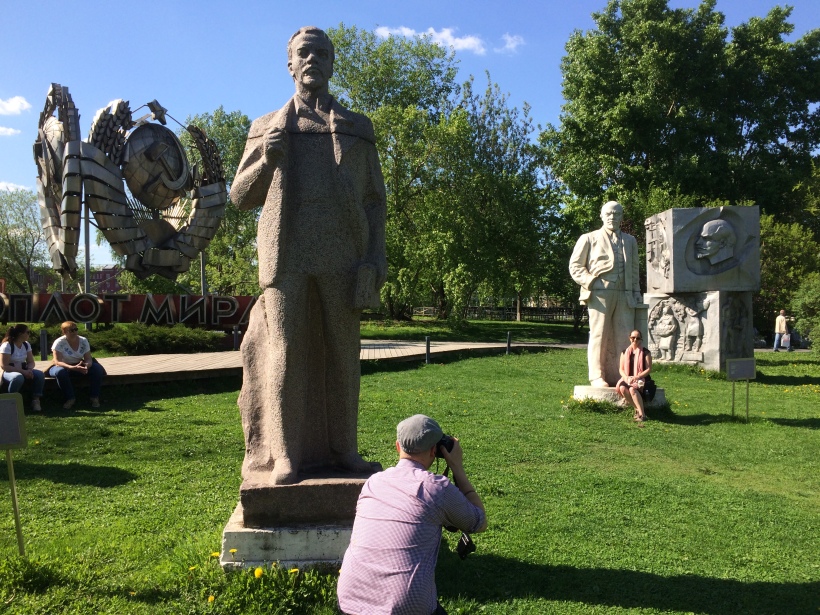 This morning our group met with Aleksey Pushkov, an outspoken and prominent Russian politician, in a Soviet-vintage government meeting space set above a nondescript strip mall.  He opened our audience in this wood paneled conference room with a humble, “What do you want from me?”

He then launched into a thoughtful outline of the world from Russia’s point of view, speaking immaculate English without an interpreter or even notes for reference.  It was all that I could ask for…

To summarize, hopefully without oversimplifying, he pointed out that the world order has been in a state of transition for years.  The US may still be the single most influential country by most measures – but it certainly has less claim to unchallenged dominance than it once had…  His commentary was far reaching, but for me, the key take away was that Americans must consider how it sounds and feels to the rest of the world when we talk about our exceptionalism.

We tell ourselves that we know what it is right.  That we are the good guys – the late arriving hero in world history.  And this self-righteous attitude often makes us blind to other points of view.  After all, if we are the good guys – and Russia disagrees with us about something – then logically, they must be the bad guys.  Right?

We also refuse to learn from history.

Combine these traits, and you get a situation like Syria.  The US espouses regime change in Syria.  Russia does not.  To hear Pushkov tell it, this has less to do with Russia liking Assad – and much more to do with lessons learned from Iraq.  In Iraq the US made regime change our business, upending the Middle East, incubating ISIS, helping along the Syrian civil war, which has fueled the refugee risks that is now driving the EU apart…  And now we want to topple the Syrian government, brutal as it may be, with no clear plan for what comes next…  Pushkov calls that irresponsible, and it is tough to disagree.

When your default position is I’m the good guy, and I mean well, you don’t tend to examine your own actions quite so closely…  You are not so self-aware. 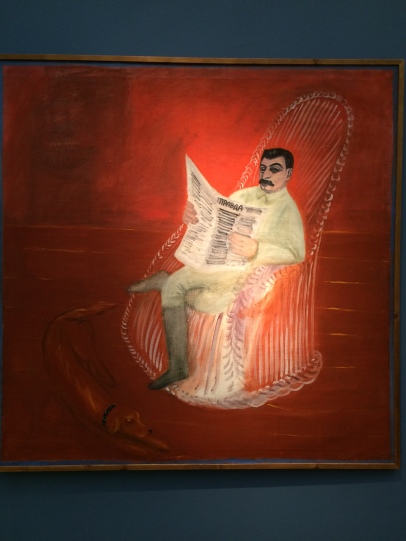 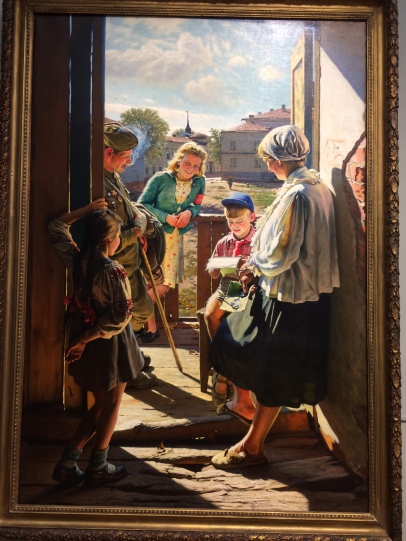 In the second half of the day, I learned I was not fully aware of Russia’s past either.  I visited a museum near Gorky Park, full of Russia’s 20th century art.  I went for the social realism – the signature style of the USSR’s public and propagandistic art, but I was so pleasantly surprised to see a plethora of other styles created under Soviet rule…  The work ranged from abstract to surprisingly personal…  It was at times evocative and in moments, it hinted at subversion.

I have been taught to think of Soviet artists as closely managed and repressed, but I have found that many managed to produce expressive, diverse work.  I know there were things that they were forbidden to say expressly in their art – but sometimes limitations push artists to communicate their message more subtly, right under the noses of their censors.

That said, the gallery featuring work from the 1990s – the years after the USSR collapsed and Russia became a more open society – is full of jokes these artists must have been waiting decades to share.  And there is a heck of a lot of glee to be found in the work from this period as well.  Just look: