José Martí (January 28, 1853 – May 19, 1895) was a Cuban national hero. Through his writings and political activity, he became a symbol for Cuba’s bid for independence against Spain in the 19th century, and is referred to as the “Apostle of Cuban Independence.” From adolescence, he dedicated his life to the promotion of liberty, political independence for Cuba, and intellectual independence for all Spanish Americans; his death was used as a cry for Cuban independence from Spain by both the Cuban revolutionaries and those Cubans previously reluctant to start a revolt. 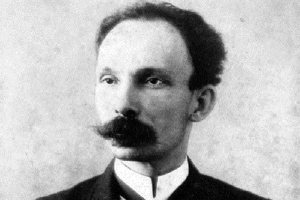