For the last three mornings, Yurien’s Mama and Papa have prepared and served a truly titanic breakfast – honestly enough to bring lesser men to their knees crying, “Mercy!”  Scrambled eggs, sausage, cheese, two kinds of sweet pastries, a heaping fruit plate of bananas, pineapple, and guava, bread, butter, mango marmalade, the blackest coffee you can imagine, and freshly pureed and chilled smoothie, all taken up on the roof of their little casa overlooking the sunrise on the most picturesque mogote.

That spread cost a mere four dollars and has meant I hardly eat again each day, but the real bargain has been their warmth and eagerness to connect, despite the language barrier.  Through patient Spanish, broad smiles, and eager hand gestures, they really made me feel like more than a traveler passing through.  Papa’s enthusiastic thumbs up and sweeping, wide gestures toward the view did more to lighten the day than any sunrise.  Today, on my last morning in Vinales, they both offer me hugs and handshakes before sending me on my way, dustier, tanner, and maybe un poco gordo mas than when I arrived.

I share a taxi back to Havana with some pleasant Wisconsonite siblings who offer refreshingly erudite conversation over my last shared ride in the opposite direction (two girls, allegedly enrolled in dental school, discussing openly in front of the driver whether Cubans were an attractive or ugly people, on the whole…  They talked the whole two hour ride and said nothing, and I wanted just a little bit to tuck and roll out of the moving car…) 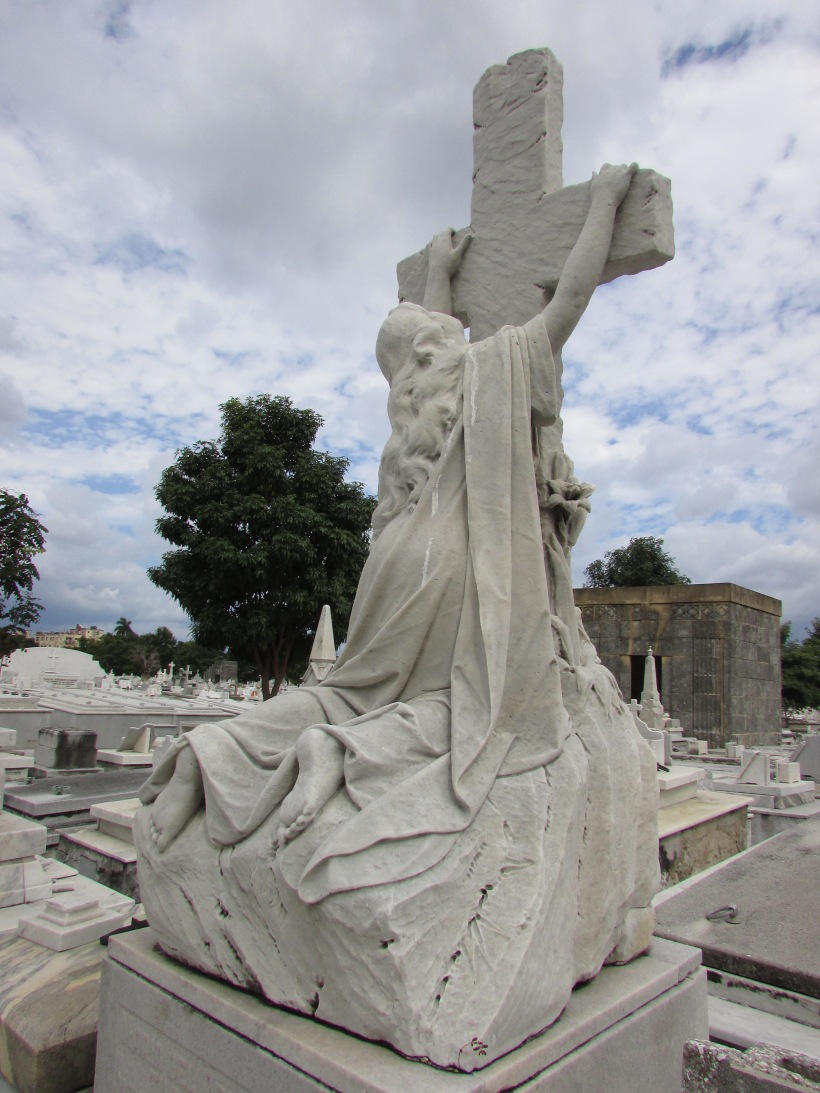 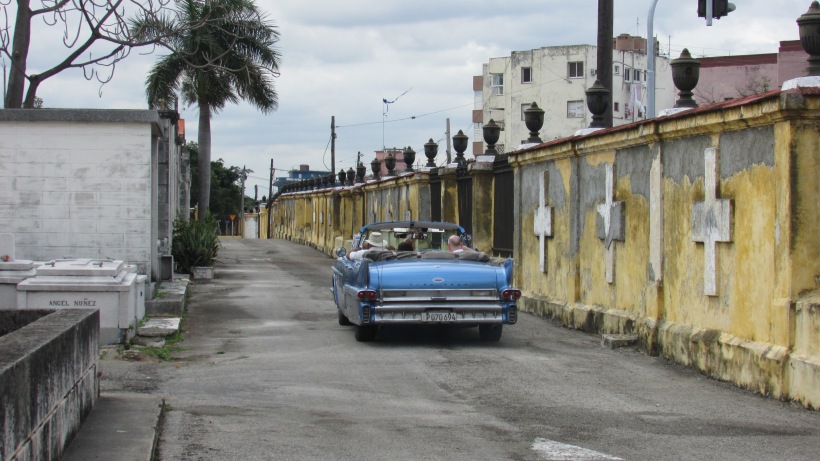 It’s still in active use, and I try to stay out of two burials during the ninety minutes or so that I wander its streets, photographing amputee angels and mausoleums dedicated exclusively to telephone operators and municipal bus drivers.  Visiting a cemetery might seem a little strange, but this isn’t just any cemetery – it’s a city of the dead, and it is clear from the thought and money put into these monuments that someone, whether the deceased or the bereaved, was looking for an audience.

The walk across the city is long, but enjoyable, offering opportunities to see Cuba in yet new lights.  Honestly, it’s almost worth the price of admission when visiting another country just to walk the streets and see how everything is put together, how people live their lives.  I saw a small appliance store with a bouncer enforcing a one person in, one person out policy.  People were lined up outside to get a shot at toasters, blenders, and rice cookers.

I also walked into the socialist equivalent of a mall.  At first glance, it seemed normal enough – it had stores for clothes, snacks, records, etc.   Except there was exactly no branding associated with any of these things.  The music shop literally just had a sign with white writing on a maroon background that said “Records” next to a little icon of a vinyl LP.  It was a little like when people on TV drink upper-case, registered-trademark  “Cola” instead of Coke. The place was packed, though, and it was kind of refreshing to see people shopping for clothes based on style, function, or any factor but brand.

Aw, Havana, I’m really back from the countryside! The smell of diesel exhaust and dust in the air, I love the way that familiar Cubans in the street drop what they are doing to greet each other.  Today I saw a man pedaling a bicycle taxi stop in the middle of the street and cross the cobblestones to embrace and kiss an older lady on the cheek.  Then, he leaped back on the bike and was on his way.

This kind of thing happens all the time.