Author Charles C. Mann has called Tiwanaku a combination of the Vatican and Disney World, and he may be spot on in that description.  Just check out the stone megaphones for working the massive crowds of pilgrims that, in pre-Inca times, once trekked here to pay their dues, or the 25 foot tall megalithic being recovered from the ruins here, only to spend decades as a target for beer bottles in front of La Paz’s soccer stadium, rescued only when he achieved UNESCO statues along with the rest of Tiwanaku.  Now that is religious entertainment….

Tiwanaku lies near the shores of Lake Titicaca.  Originating around the middle of the second century BC, this highly religious and symbolic society is one of the Andean ur-cultures.  They had no writing system of their own, so much of what we know is based on archeological research, but it seems that their vast power was based more on trade and spiritual influence rather than military force.  In order to expand its reach, Tiwanaku used politics to create colonies, negotiate trade agreements (which made the other cultures  dependent), and establish state religions among neighbors, who in turn owed their loyalty to the religious center here. 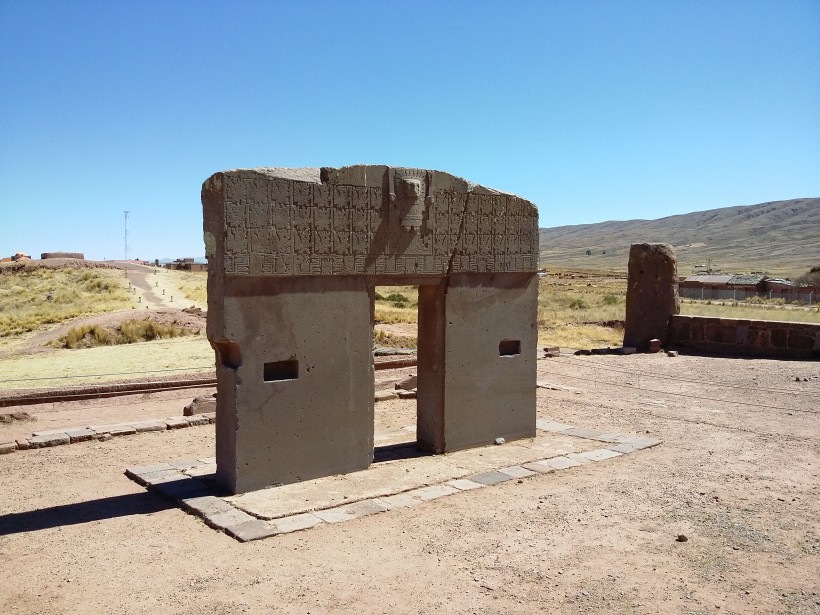 Tiwanaku’s religious beliefs prefigured the Inca’s, as does their architectural style, which relies heavily on carefully carved rocks fit painstakingly together.  Like the Inca, Tiwanaku placed special emphasis on the sun as the most important deity in the pantheon.  The sun gate above is one (cracked) piece of rock which was once laminated with bright, dazzling metal like bronze or gold.  The Inca carried on this technique in their capital at Cusco, covering temples, altars, and palaces in dazzling sheets of gold.

Facing directly east, when the sun rose, this gate must have been an impressive sight to any worshippers present.  And making an impression is beyond important if your power is based largely on the precept that you are the keeper of the one true faith, as Tiwanaku (and later the Inca) led their neighbors to believe.

After more than 500 years of decay, Tiwanaku is in a sad state of disrepair, even by the standards of ancient ruins.  The Tiwanaku culture collapsed under uncertain circumstances around 1000 AD.  From there, the temples and squares of Tiwanaku were raided for building materials by locals, and then actively defaced and destroyed by the Spanish, in the name of Christianity.  True to form, they carted off literal tons of blocks from these pagan temples to build the church in the neighboring village. 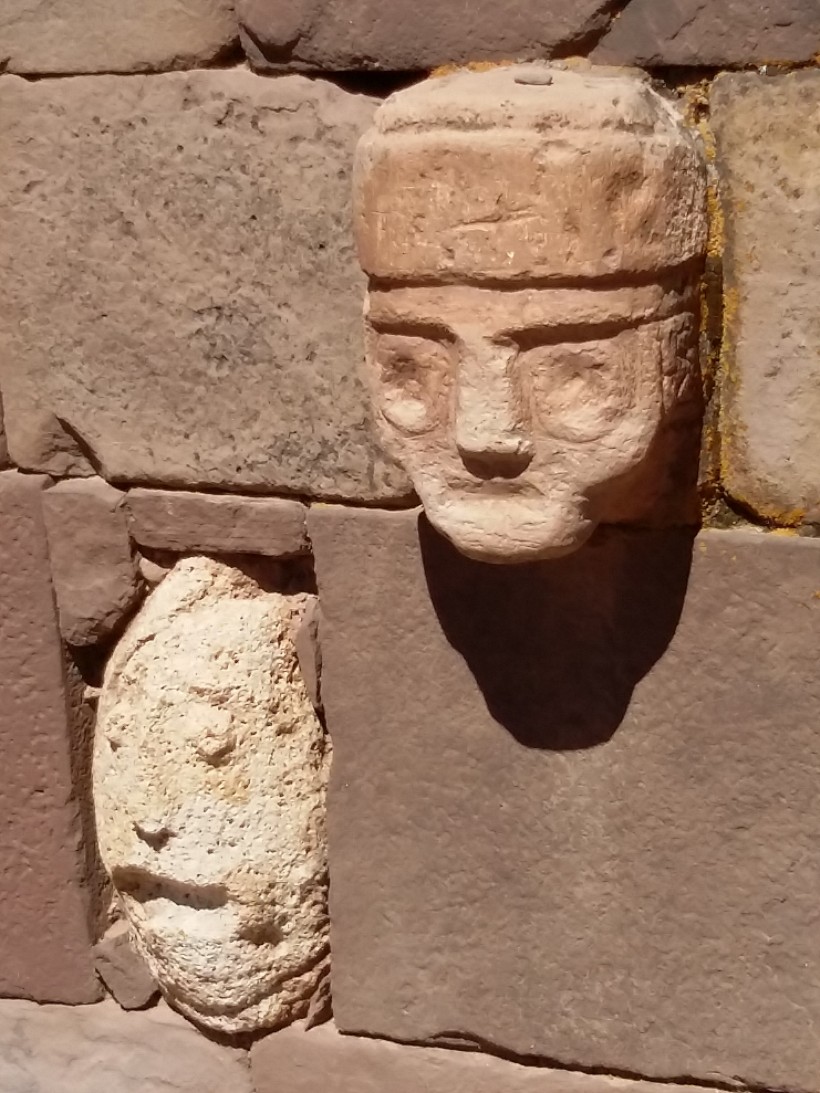 These faces – likely of important rulers or priests – are carved from stone and situated in a subterranean temple of fertility.  Certain “scholars” have suggested that these stylized faces are evidence that the impressive achievements of Tiwanaku – in spectacular public architecture, in culture, in agriculture – are the product of an ancient alien visit to earth.  According to these theories, the ancient people of the Andes couldn’t have done it alone, and they carved the likenesses of their extraterrestrial benefactors here in an act of worship for these fantastic beings.

In fact, theories like this have been around since the first Spanish discovered the ruined city in the 1500s.  Variously it has been proposed in earnest that Tiwanaku was the work of lost Egyptians, Mauryans from India, or even Atlanteans.

My travels in South America are winding down, and this gets at the heart of why I set out on the first place.  All of the people who have advocated these theories, right down to the people in the modern day who argue that Tiwanaku – and therefore all Andean civilization – is the product of aliens are betraying their biases.

It defies their expectations that anyone outside of the “classical” world – the western canon – could have done all of this.  It literally seems more plausible to some that aliens are responsible than that ancient Americans could have done something so impressive.

And that is why Open Ended Social Studies is aiming right at your middle school history classrooms.