With Jasmine laid up hard by altitude sickness this morning, I set off for the peaks overlooking Cusco.  Other than a light headache, I’m feeling fine, and I’m anxious to explore the ruins of the Inca fortress of Saqsaywaman before the crowds of tourists arrive.

I’m trying not to be overconfident at this altitude – about 11,000 feet – so I’m pacing myself, walking uphill along the narrow cobblestone streets, many of which date back to the Inca era themselves.  Even still, I’m climbing a mountain, so by the time the stone gives way to a dirt track, I’m panting pretty good.  More than I normally would.

Saqsaywaman exemplifies all of the Inca’s strengths as builders.  The tightly fitted stone work, blocks the size of houses fitting together with machine-like precision, without the benefit of metal tools, the wheel, beasts of burden, and without any kind of bonding agent, aside from gravity and friction.  All atop a mountain, no less.  The site is breath-taking, as are the views, though there is nothing in the way of interpretive signage.  I turned down numerous offers for a local guide as I climbed the path, and I ultimately kind of regret it.

I hike back down and rejoin Jasmine at the hostel.  She’s feeling better in the loosest sense of the word, so she decides to join me for lunch and afternoon of sightseeing closer to the Plaza de Armas.

We lunch at Bembo’s, a Peruvian fast food joint nearly as ubiquitous as McDonald’s back home.  It’s burgers and fries the Peruvian way, which is to say big and meaty.  I really like the details, like the Pop Art alpaca decorations and the fact that their value menu features the “Imperial Combo.” 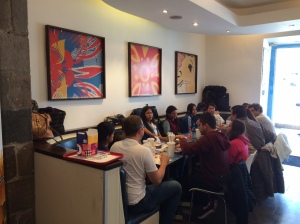 We visit the modest Museo Inca after lunch.  They have a pretty strict “no photos” policy, but I manage to sneak a few – just look at the Inca mummies! 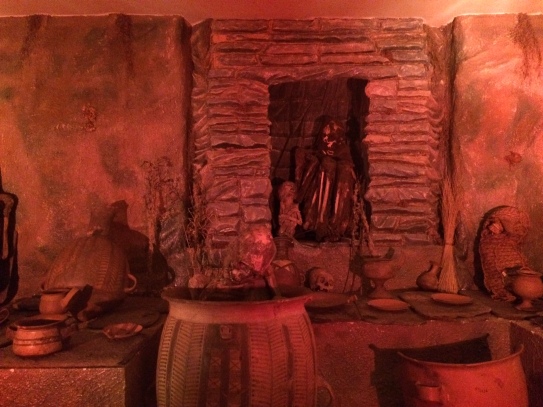 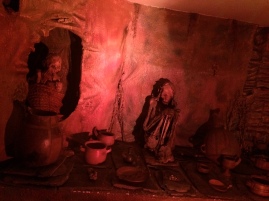 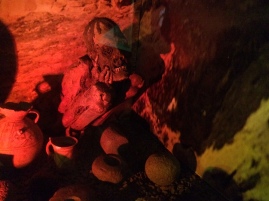 And how about these intentionally deformed skulls.  The whole point was to distinguish between certain social classes in the most obvious and permanent way possible… 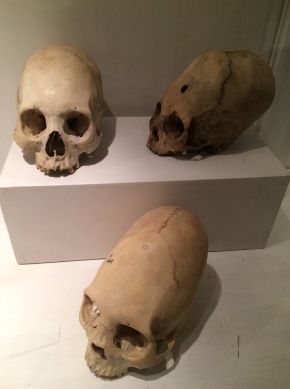 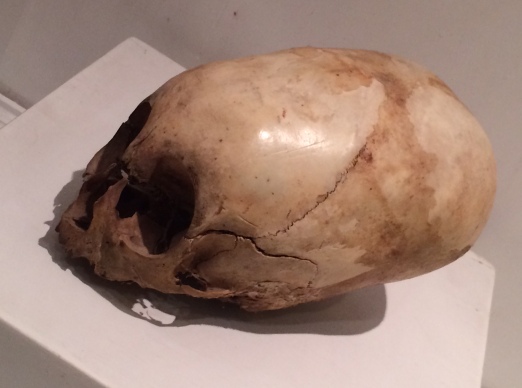 We spend the rest of the afternoon at Qurikancha.  This was one of the most sacred spaces in the Inca religion.  The roads of the empire radiated from here, outward from the massive temple.  But the sad fact is, no one is in 100% agreement about what went on here.  We know that the Inca worshiped their primary deity Inti, the sun god, but no sources agree fully on the full extent of other rites performed here.  In the Inca era it was literally wall papered in sheets of gold, and there were certain crop fertility rites performed with a life size golden ear of corn, reproduced below. 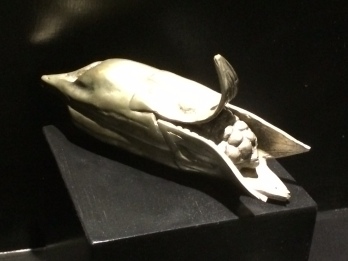 But the details are sketchy.  The Spanish took all the gold and silver as ransom for the Inca emperor Atahualpa who that had kidnapped.  Wallpaper, golden corn, everything – it was all looted and melted down.  They decapitated Atahualpa anyway, and then gutted the Qurikancha temple complex, retaining those signature Inca walls as the foundation for a brand new Dominica monastery.

What we know about the Inca religion comes primarily from men of mixed Inca and Spanish descent writing in the 1560s or later – men who were born mostly after the conquest, after the forced conversion of the Inca to Catholicism.  So, what we know of Inca religion is somewhat like you remembering a story your grandpa told you once.  It was all written down by men who never practiced it firsthand.

The things we lose forever without ever knowing they existed…