The ruins remained substantially intact until they were devastated by an earthquake in the mid-18th century and subsequently looted by Moroccan rulers seeking stone for building Meknes. It was not until the latter part of the 19th century that the site was definitively identified as that of the ancient city of Volubilis. 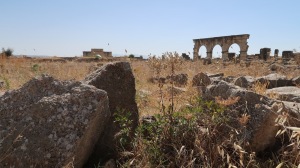